During the period of 26th – 30th May 2022, 68 guild members from 8 countries and 10 representatives from the Nordic Scout and Guide Associations gathered in Selfoss, Iceland for the 30th Nordic-Baltic Guild Gathering in Selfoss in the southwest of Iceland. The gathering was originally scheduled for 2021 but, as we all know too well, the Covid_19 pandemic put an effective stop to that.

This gathering is more of a social event than an association assembly. The Nordic-Baltic committee, consisting of the national presidents and international secretaries, do convene, but that’s all. And there is also a common discussion theme for each of these gatherings. But aside from that, the gathering is mostly social – meeting old and new friends, experience interesting things the country may offer, and have a stone throwing competition. This competition is a tradition since the corresponding gathering in Molde, Norway, in 1992.

The first day started with an interesting lecture on the geology of Iceland, about earthquakes and volcano eruptions. Iceland had recently had a volcano eruption on the southern part, but that had ceased before we arrived. After the lunch, we visited the Selfoss Rescue centre. It is common to the fire service, the voluntary rescue corps and the police. It is responsible for large parts of southern and south-western Iceland. The obligatory symposium on recruitment and better cooperation with the active scouts and guides took place during the afternoon. A recurring theme! 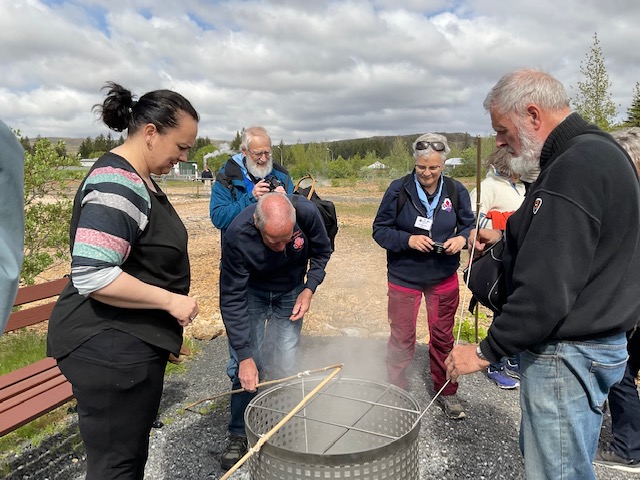 The second day started with an excursion to the neighbouring city of Hveragerdi, visiting a plant with several hot springs and a little geyser. In two of the hot springs, the staff could boil eggs and bake bread. Cooking time approximately 6 – 8 minutes for the eggs and baking time approximately 12 – 18 hours for the bread. And the geyser blew willingly and quite regularly. We had lunch in the house of the scouts and guides of Hveragerdi. Then the journey went on to Thingvellir, the ancient parliamentary site for the Icelanders. There we could have a hike across the continental divide. After Thingvellir, we visited the Icelandic scout and guide centre of Ulfjotvatn, where they have their camps, leadership training and other scout and guide activities. They also had a little, interesting scout museum. 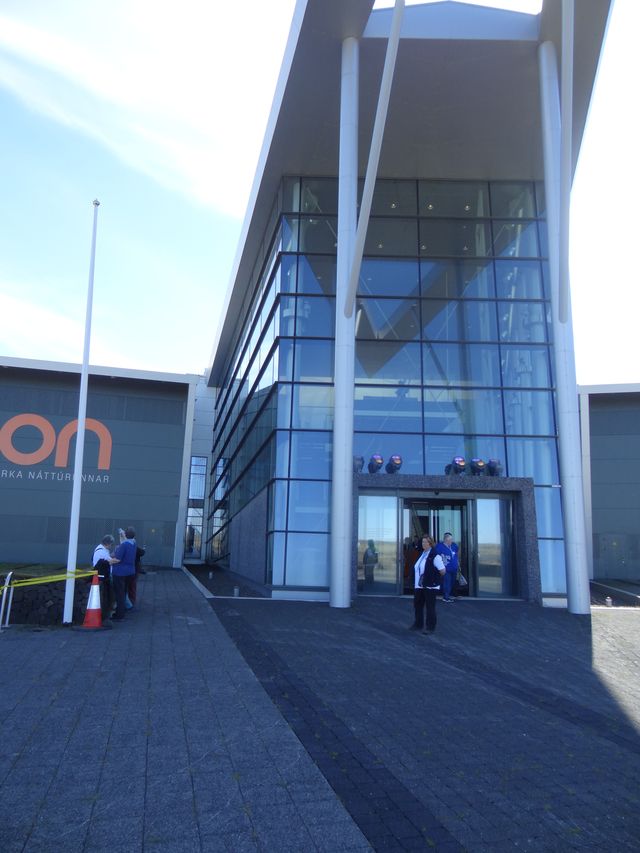 The third day started with a new lecture, this time on glaciology, climate change and global warming. Interesting, giving us many thoughts. After that, a visit to Hellisheidi geothermal power station, powered by hot springs 2 000 to 3 000 metres (6 000 to 9 000 feet) below ground. During the afternoon, we had a summing up of the first day’s symposium, led by the young scouts and guides, and the traditional stone throwing contest (won by Norway).

That concluded the gathering as such, and the majority went home. My wife and myself had registered for a three day “after tour” organized by the Norwegian guilds, making us stay back in a group consisting of 20 Norwegians, 2 Danes and 2 Swedes – us.

murder waves. We also visited a lava centre, where we could sense the effects of an earthquake and see a huge model of a lava pillar. On our way to Reykjavik, we made a brief stop at Seljalandsfoss, the waterfall one may also see from the inside. 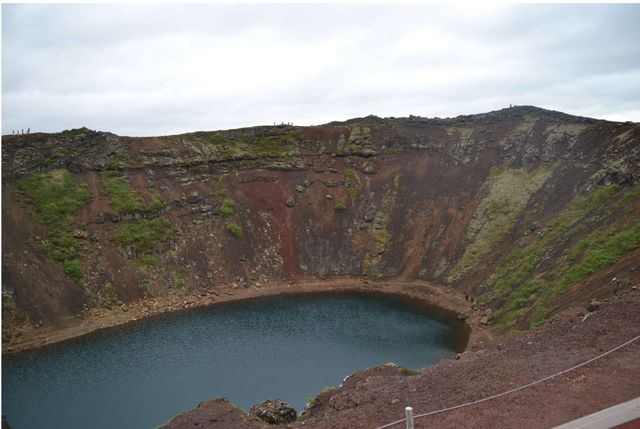 The second extra day took us along the Golden Circle, with the crater lake Kerið (The Pot), a visit to the former seat of the Bishop of southern Iceland, Skálholt, the obligatory target of the Geyser area, and a visit to the largest waterfall of Iceland, Gullfoss. In the 1920s, Gullfoss was close to being destroyed by a hydrological power plant, but it was saved in the last moment by the efforts of a woman.

The third extra day was left for a sightseeing of Reykjavik and its surroundings. Group photo at a monument in the harbour, a walk in the city centre, seeing the Althingi house (the current site of the Icelandic parliament), a guided tour of the National Museum of Iceland, and a visit to the Hallgrimskirkju. Lunch in Grindavik, far out on Reykjanes, followed by an excursion to a bird mountain. Going back to Reykjavik, we had photo stops at (among other things) the bridge over the continental divide, and then a swim in the geothermal spa of Blue Lagoon. 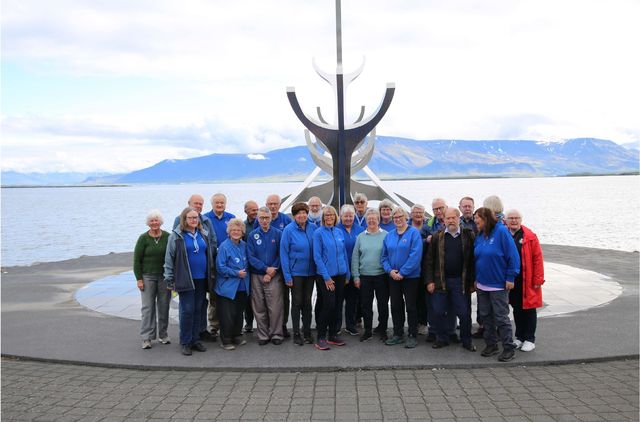 All of this made a interesting and exciting experience, leaving us with many afterthoughts. Thank you to the Icelandic guilds for the gathering, and to Norway for the post tour.

PS
This is the short version of the event. A more detailed travel diary is available in Swedish and English. Interested parties may get it from me by messaging me from Facebook. 24 pages, 55 illustrations, around 5 900 words.