My first experience in Grossarl was unforgettable 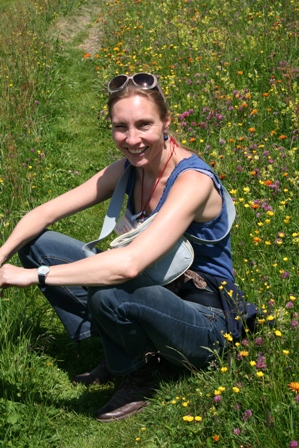 For many years my parents came back enthusiastically from their stay in Grossarl at the European forum and I was always informed extensively what they had experienced and who they have met. Due to the sudden death of my father Jan Keur, National President of the Dutch Fellowship from 1998 till 2004, I was the one who replaced him to come to Grossarl while accompanying my mother Martiny and a Dutch couple as being their good friends.

The forum was held this year for the 44th time and it was the third time since it moved from winter to summer. There were 118 participants from 11 different countries so not that difficult to meet each other.

The week began with a Sunday morning church service together with the residents of Grossarl where a candle was lit for each participating country. The programme was diverse and full of activities. Every day you could choose from a trip by minibus, or just hike to the mountains. The hikes through the beautiful mountains were awesome. Every day you could take another walk ranging from mild to severe, accompanied by motivating guides. While walking or relaxing on a terrace you could chat with the other participants. Almost every night an activity took place. Some participants also watched the European Football Championship that took place in that week. Highlights during the evening were the presentations by the residents of Grossarl 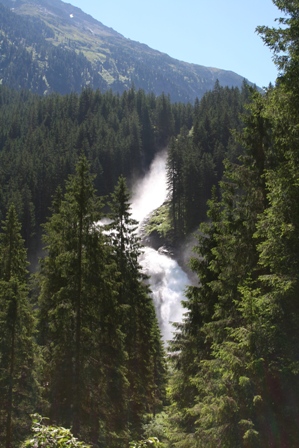 about their lives. As a special there was the performance of a Dixieland Band. I selected as an excursion to go to the Krimmler Waterfalls, the tallest in Europe (380 meters) which was impressive and I took over 100 photos.

On the last day we met at the so-called Europe Table, a large stone table on a mountain with hands as a symbol of solidarity. After a dialogue about this solidarity we sang a Scouting song hand in hand.

It was a lovely week, not just the temperature of about 30 degrees Celsius but especially the many new contacts that you could easily make with the variety of participants and the tremendous good organization of the Forum team. Of course the week was not always easy for my mother, because of the many memories she had while being in Grossarl with my father so many times but it was good she could talk with the other participants about my father.

I conclude my report with a urgent call: Further Forums in Grossarl can only be guaranteed when a new team of organizers is formed. It would be a pity if such an event will stop due to lack of a new organizing team.

All the pictures published in the photo gallery are made available through Godelieve, the writer of this report.