I was asked by the content manager of the website to write my impressions of the Forum at Grossarl which I want to share with you. 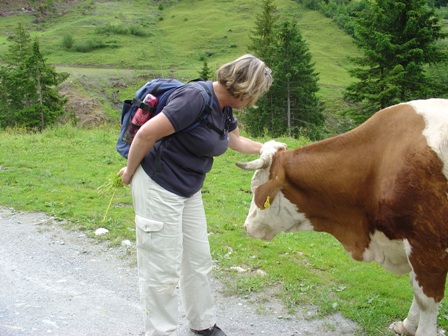 The 43rd Gathering was held from 18 - 25 June 2011 in Grossarl, Austria. (Twelve countries and 148 participants). The Swiss delegation already arrived one day earlier on 17th June and so I got an early start to this adventure! As a boy I was a scout in Zurich for many years. During nearly 20 years my four children were scouts and so I kept contact with the movement. However I fully lost contact with my former scouting colleagues. After my wife's death a good friend of both of us encouraged me to join the Swiss organisation of former Scouts and Guides in Zürich. A good idea! Now I take part in the monthly meetings and the hikes. I also visited the weeks in Pany, Switzerland which were similar to those in Grossarl. So my friend asked me to join the small Swiss group travelling to this year's Forum.

How was this week for me? - I was warmly welcomed. The programme offered many varieties such as excursions by bus, hikes and evening entertainment. It is quite an active holiday. As I knew only the other Swiss participants it was - from my point of view - somewhat difficult because of the various activities to get acquainted with other participants. Conversations were possible but sparse (on hikes for instance).

The organisation done by the Forum team is a huge work. The participants enjoy the programme very much. Everything is organized by the team such as lodging, programme, excursions etc. You only had to register for the free activities and hikes upon arrival. 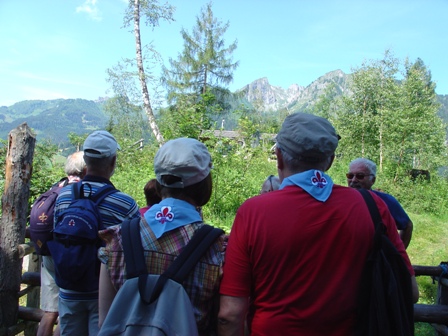 In a next visit to the Forum I would probably do things a bit more on my own to get in better contact with the population. Nature and history of the valley are interesting.

I took part in all the evening entertainments. The game to get to know each other was a good idea. Unfortunately the partners of my group disappeared before I could memorize their names. The programme showed us the life in the valley, like folklore, traditions, tourism, industry, nature and economy etc.

I also took part in two hikes and I went on the bus trip to the Grossglockner, Austria's highest mountain. We went to a museum in 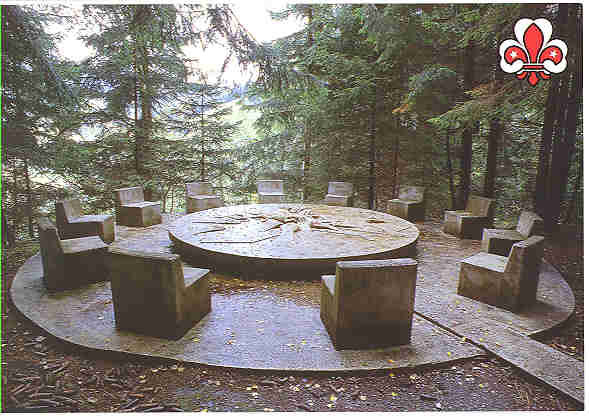 the valley on our own and to the Europatisch (Europe Table). This table is around 10 -12 meter  circle surrounded by trees and the sculpture of the founder of the scout movement: Robert Baden-Powell. In the center: the Europe Table, 3½ meters in diameter, depicting the outline of Europe, the many hands in various gestures and directions with a prayer and an appeal for tolerance giving an impression of human relationships through the ideas of the scout movement. You also see the 12 stone chairs, which when produced in 1979, symbolized the European countries that had regularly participated in the Forum and who had made walks around the village of Grossarl.

My friend who has been many times at the Forum in winter and on a private holiday in Grossarl showed me some more places in the valley.

Summing up I would suggest that the first participation to the Forum should take place at a younger age (I am 79) in order to make many friends and meet them again. It was nevertheless a splendid week and with a lot of new impressions from a community with the same interests I returned to Zurich.