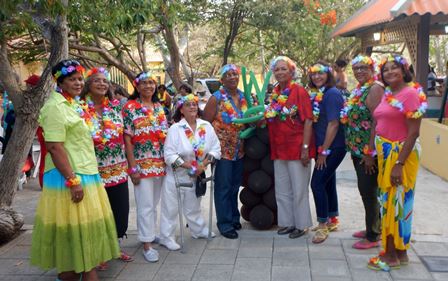 The “Asosiashon di Patfenderei di Adulto di Curaҫao – Copernicia -”, the NSGF of Curaçao in the Caribbean celebrated their 30th Anniversary on 19 May, 2015. A lot of invitees took part in this great day. Mrs. Lucille George-Wout, the governor of Curaçao with her husband and also former chairmen and members since Copernicia started in 1985, the founding year.

There was cake and small presents were given, as a token of friendship and as a remembrance for the guests.
The present National President, Glenda Dania, received a gift from Scouting Antiano, the National Scouting organization of Curaçao.
For the closing of the event there was a musical group Serenada and a lot of guests moved on the rhythm of their music. 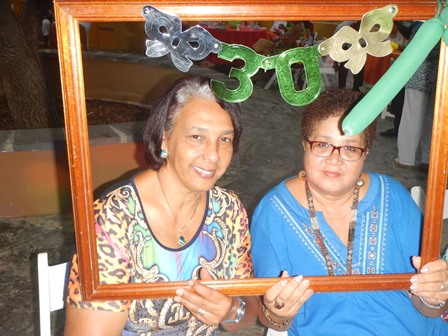 On 14 June, 2015 NSGF Curaçao organized especially for their members, family and friends a Happy Hour Hawaiian style event. Everyone had to wear a Hawaiian dress code. There was entertainment from a well-known DJ, a dance contest, games, fashion show, karaoke and a lot of prizes. There was an exhibition of newspaper clippings, personal belongings and pictures from activities of the last 30 years.
The special anniversary was accompanied with cake and cupcakes, a small buffet with soup. We had a jolly good time.