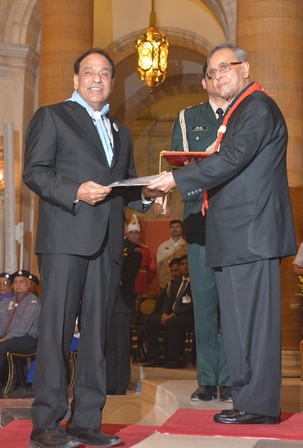 The Bharat Scouts and Guides National headquarters has honoured and conferred Satish Khanna with the SILVER ELEPHANT award for services he rendered to Indian Scouts and Guides and to the Asia Pacific (AsPac) Region. 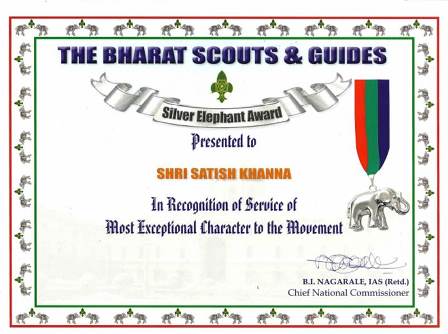 This award is the highest national award being presented by India President Hon. Pranab Mukhargee at Rashtra pati Bhavan, New Delhi, on 16 February 2015.
Satish Khanna is the founder member of the Indian Scout and Guide Fellowship which was formed in 1955.
Satish Khanna became involved in Scouting at an early age and after he left school he decided to dedicate his life for Scouting.
At present, Satish Khanna is the chairman of the ISGF AsPac Regional committee.