Following in the Founders Footsteps 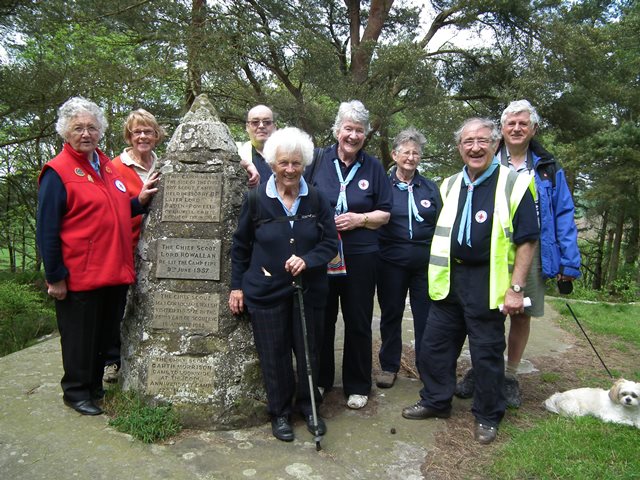 The Scout and Guide Fellowship UK (SAGF) held their 2nd Annual Gathering (AGM) from 16th – 18th May 2014 in Northumberland, close to the site of the First Scout Camp, organised by B-P near Hadrian's Wall 106 years ago.

Our home for the weekend was Shepherds Dene, a comfortable and welcoming house built in the 'arts and crafts' style at Riding Mill, now belonging to the Diocese of Newcastle. Luckily blessed by glorious weather, the AGM took place at the Hearth Arts Centre in Horsley village on 17th May (coincidentally Mafeking Day!). The general theme of the day was 'refugees' as this was the final day to collect toys for the ISGF 60th Anniversary Fellowship Toy project.

Members heard how successful the scheme had been and video was shown of the Syrian refugee children in the Lebanon receiving those toys which had already been despatched in phase 2. Cheques were presented to the Chairman from members living too far away to actually bring toys, to help to offset some of the expenses incurred. 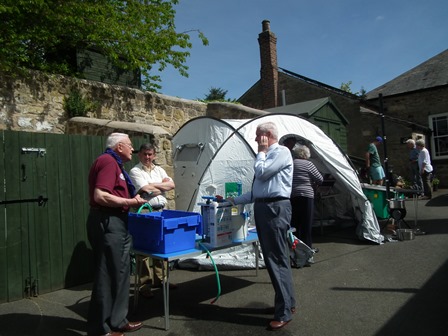 Other interesting displays, talks and demonstrations took place including the pitching of a Shelter Box tent and its contents and the opportunity to try out an Aquafilter water purification system.

We heard how the Newcastle Scout Project in Uganda was started and has now evolved into a community safety initiative involving the local fire services.

After a delicious dinner back at base we were treated to an entertaining evening by our Guest speaker Colin Walker on the theme of 'Scouts at War', enough to spark our interest in his next book on the subject which is due for publication soon.

The weekend finished exploring the spectacular countryside and being expertly guided along the Baden-Powell walk 'in the footsteps of the Founder' to the Cairn (memorial stone) which stands on the highest point on the campsite.

A welcome drink at The George hotel in Chollerford where B-P wrote parts of Scouting for Boys completed a memorable weekend.

# Member NSGF Belgium — Anne Dupont 2014-07-22 12:06
It\'s great to see you all in such good spirit! I am fine and recovering. Hope to see you in Belgium next year. There will a post-conference tour (Waterloo and Europe) an occasion to catch up.
All the best.
Reply
# Vice Chair ISGF World Committee — Nana Gentimi 2014-07-12 19:02
Bravo!!! Wish we were there!!
Reply
# International Secretary NSGF Tunisia — Mohamed JARRAYA 2014-07-11 09:44
Congratulations
Reply
Refresh comments list
RSS feed for comments to this post
Add comment
JComments
FaLang translation system by Faboba