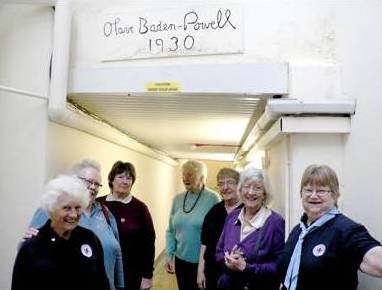 The Scout and Guide Fellowship UK held recently their first annual meeting. During a weekend members enjoyed formulating plans for the future and how best to further the aims and ideals of their organization.

The weekend also included discussion time with the opportunity for everyone to contribute ideas for the way forward. Future events both here and abroad were discussed and a gathering for next year is in planning stage.

The Elim Conference Centre in the beautiful Malvern Hills in Worcestershire, where the meeting was held, proved to be a most interesting and appropriate venue as it used to be St James’s girls school were both Lord and Lady Baden-Powell’s daughters were educated.

In the extensive grounds there is a two story summer house called ‘the Chief’s Shelter’ where from 1928, B-P used to stay when visiting the girls, while a plaque on the wall of the extension to the main building commemorates the fact that he laid the foundation stone in 1934. 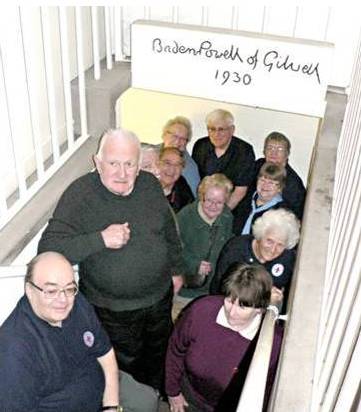 A tunnel runs, through solid rock, under the road connecting two parts of the original school so that the girls could safely cross from one part of the site to the other.