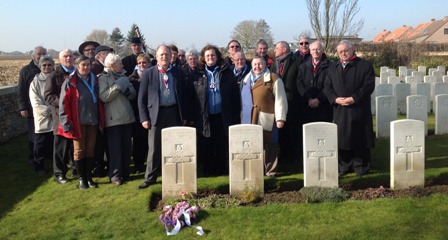 Mida Rodrigues, chairman of the ISGF World Committee, being in Belgium because of the yearly World Committee meeting took part in the Last Post Ceremony.

She was invited on 4 March 2013 by VOSOG, the Flemish Fellowship, to honor two English soldiers who died in Flanders Fields in Ypres, Belgium during the First World War. Those heroes, Bob Wroughton and Marc Noble, both participated in 1907 in the first Boy Scout camp organized by Lord Baden-Powell on Brownsea Island.