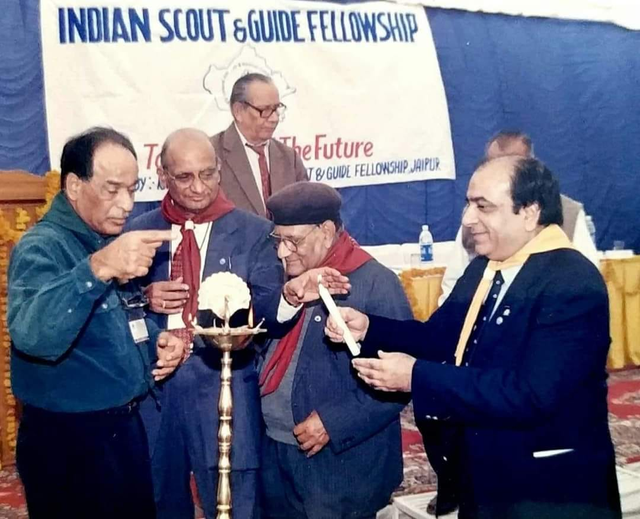 On the photo you see some of the team members of the Indian Scout and Guide Fellowship who are working closely since 1960.

They really keep the Flame in the Fellowship burning. On the photo they were present at an annual general meeting in Jaipur in 2004.

From left to right: Satish Khanna, Surendra Kumar Agarwal, V. Rajaraman (on top), Narendra Chaddha, Suresh Lalwani who joined around 1975. Surendra and Suresh were elected in World Committee respectively 1993 and 2002.