ISGF in the European Parliament: For the first time 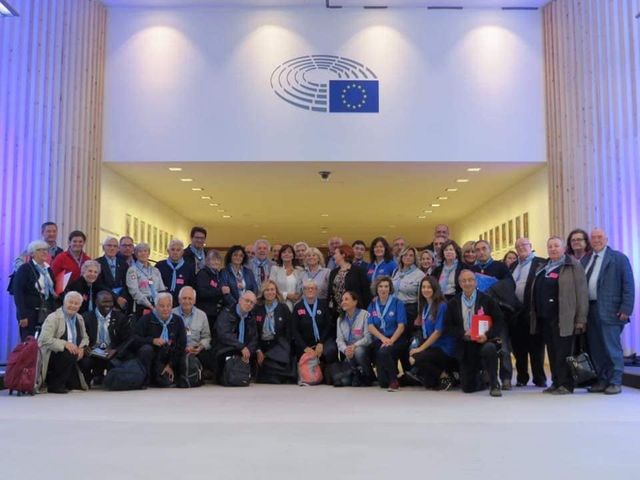 The 16th Mediterranean Gathering and the 5th Gathering of Southern Europe of the International Scout and Guide Fellowship were held in October 2018 in Athens. Under the title "Mediterranean, The Odyssey of a Sea", we were informed of the serious pollution problem affecting our sea and reflected on what each could do on a daily basis to stop, or at least reduce, the risks which threaten the Mediterranean with total destruction.  Pollution, of course, but we can not help but think of the thousands of men, women, children from far-off countries of Asia, Africa who drowned while trying to reach Europe hoping to find a better life.  But we can not help but link "Mediterranean, the Odyssey of the sea" to the operation "Mare Nostrum".

Italy is one of the main gateways to illegal immigration on the European continent. The shipwrecks that occurred in October 2013, costing the lives of many migrants, caused deep emotion in Italy and a military-humanitarian operation aimed both at rescuing the wrecked immigrants and dissuading the smugglers was launched. "Mare Nostrum". The number of migrants drafted by Italian sailors is considerable: more than 100,000 in less than a year. For various reasons, including financial, the operation will end on November 1, 2014. Operation Triton, less ambitious succeeded "Mare Nostrum".

This judgment has been criticized, in particular by UNHCR and Amnesty International, who have denounced the probable death of many shipwrecked migrants after the stoppage of the operation. This refugee crisis, the huge problem of our time, was the subject of an initiative by the Italian MASCI, the National Scout and Guide Fellowship in Italy.

And our Italian friends told us about the Appeal they have designed for the European Parliament.

They state: "We realize that for a regulated and secure migration with the common good as the ultimate goal, political choices are decisive, so we address the following Call to the European Parliament. "

1. Get the reform of the Dublin Regulation as soon as possible and create a shared and supportive European asylum system among all member countries;
2. Reconsidering the migration compact or "Pact on Migration" to share solidarity with migrants, avoiding creating buffer zones to contain these people, real forms of new apartheid;
3. Ro support civil society programs and integration initiatives more vigorously across Europe;
4. Act with better transnational operations to stop human traffickers;
5. Provide better regular channels for the different forms of migration, from those for work reasons to those for family reunification;
6. Multiply attention to the rights of unaccompanied minors by enhancing the role of the family, not only in Europe, but also in transit countries and countries of origin;
7. Investing in young Europeans to promote intercultural, social and economic inclusion
8. Protecting the rights of migrant minorities against forms of xenophobia and racism. 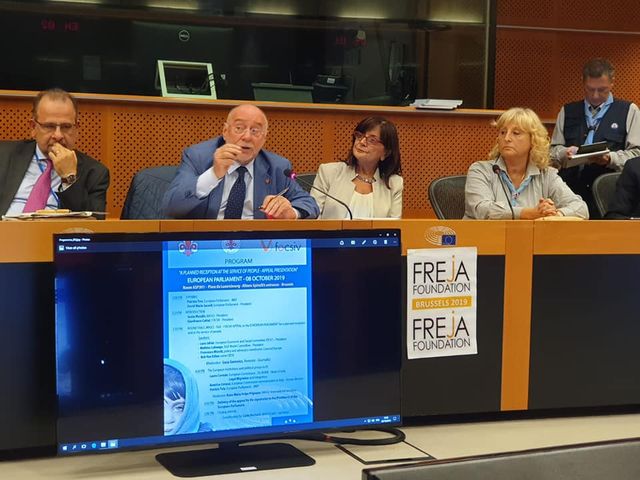 The participants from Southern Europe at the 16th Mediterranean Gathering and the 5th Gathering of Southern Europe from the International Scout and Guide Fellowship rallied to this Call, which appeared to them of utmost importance. They are therefore available in their respective countries to collaborate with the institutions and the different territorial realities in order to make this difficult historical moment a useful moment for the civil and human growth of each community.

In particular: Support the reception and integration of minors (in particular unaccompanied minors) and of adult refugees. Develop actions in favor of intercultural, education for global citizenship and non-violence. Accompany the integration of young migrant students in the world of education and work. Support cooperation with the migrants' communities of origin, to facilitate training and work paths, as well as the care of the environment and local communities.

And on October 8, 2019, some sixty representatives of ISGF from, Belgium, Cyprus, France, Germany, Italy, Portugal and Spain headed by the President of the World Committee, Mathius Lukwago of Uganda, were received by Patrizia Toia, MEP for Italy and other members of the Institution.  The President of the European Parliament, Mr Sassoli, delivered his message on television. 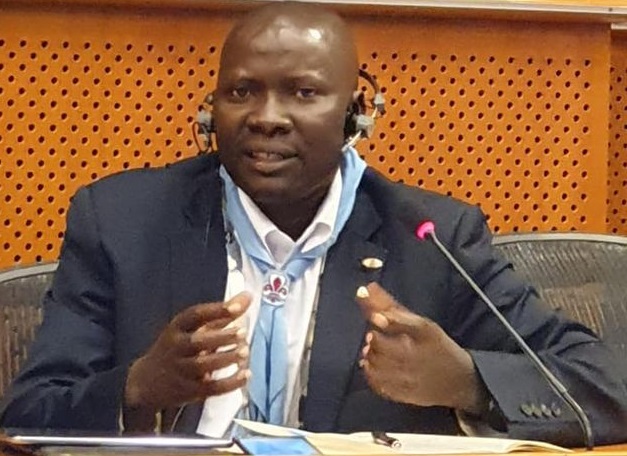 Some NGOs also spoke in a round table led by an Italian journalist, including the Chairman of ISGF World Committee.  He had prepared a speech  but he replied in a very interesting way to the journalist: “Immigration cannot be eliminated because the instinct of conservation pushes man to move where conditions are better. The Appeal’s proposals are central to solving the problems of immigration. They call on European countries to adopt a new approach that would make immigration more inclusive and more welcoming. We can not drive an immigration policy by building walls, blocking migrants. He called for banning xenophobia".
He hopes that the European Parliament and the European countries will continue to support immigrants arriving in Europe, but he also urges European countries to support the countries from which immigrants come by working with civil society organizations so that the education and training in techniques would make fewer people want to leave their country. Of course the situation is much more delicate when it comes to countries at war.

It has also been said: "Parliament needs NGO field experiences". The Dublin Convention, signed in 1990 by 11 states, was a first step towards harmonizing the asylum policy of the member states; it has been reviewed several times, but has turned out to be a fiasco. In 2019, a mini-summit in Malta found an agreement to divide new migrants within the European Union".

This Appeal is very important and it has to be broadcast very widely.

Mrs Mairead McGuinness, Vice-President of the European Parliament, came to address the participants. She said that we must try, by all means, that people stay at home. She received the ISGF Appeal with great interest and appreciated that the ISGF members are taking up this problem.
One and the other, following this meeting, agreed to say that we should not stop there.