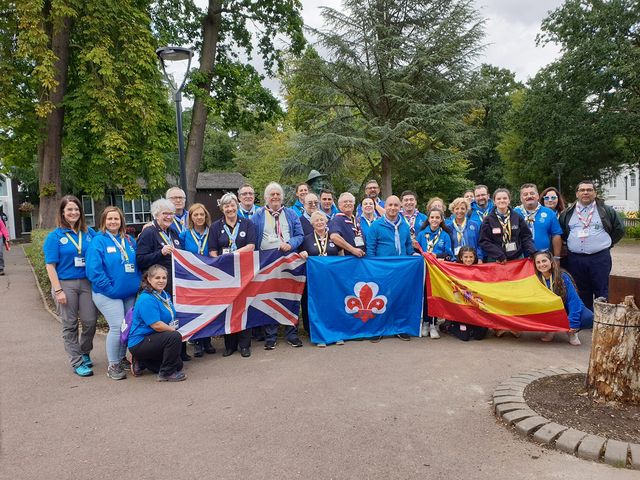 At Gilwell Park was the annual Gilwell reunion, an annual event established to mark the first Wood Badge course in 1919 which has its centenary anniversary.  There were thirty members from Spain, headed by their National President, Antonio Jesus Lillo Fernandez and we were joined by two Central Branch members from Brazil.

Photos were taken by the B-P Statue on the lawn behind the White House (The White House a former Scout Headquarters serves today as a hotel).  Discussions took place indoors about how the two organisations worked within their respective countries and how Spain has managed to attract new and younger members.

# International Secretary AISG Spain — Juan Dávila y Verdin 2019-09-17 23:01
It was a pleasure to meet our Twinning partners of the United Kingdom and also Central Branch members of Brazil and The Netherlands at the Centennial of Gilwell Park!
Reply
Refresh comments list
RSS feed for comments to this post
Add comment
JComments
FaLang translation system by Faboba