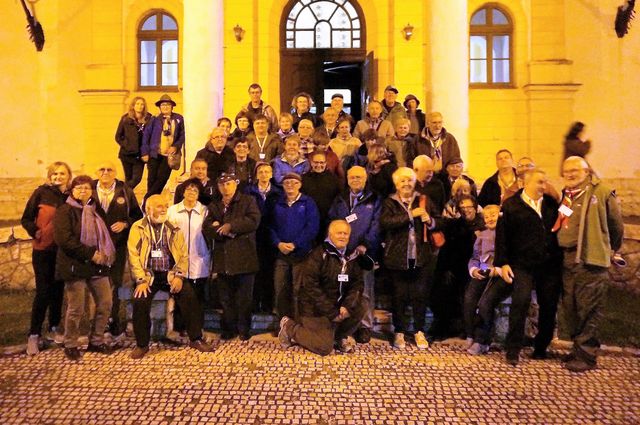 This year Slovakia had hosted the 22nd gathering of the three countries around the Tatra mountains in Spisská Nová Ves – Smizany, Slovakia from 27th to 30 September 2018.

The Spisska Region had been cultivated up from the 13th Century by German settlers and they had brought culture and art from their home with them. Through the centuries an amazing mixture was created. The best of German, Slovak and Hungarian lifestyle ant art created fantastic buildings like castles, churches, palaces, but also wood-carved altars, paintings and more.  This region was really the best place for that gathering and, as I could see, we all had a great time there.

We, that had been about 70 participants from the Czech Republic, Poland and Slovakia, as also two participants from Austria, Johann Hirsch and me, as vice president of the Central Europe Sub Region.  Excursions gave us the possibility to explore the surrounding of Smizany. So, we went to Spisská Nová Ves, where we had a guided tour to learn something about this town, that had been founded 750 years ago. We visited also Spisská Kapitula, called the “Slovak Vatican”, seat of the bishop and seminar to educate priests.
A highlight had been the visit of Levoca, where we could learn the highest wood-carved altar made by Master Pavel and his factory. 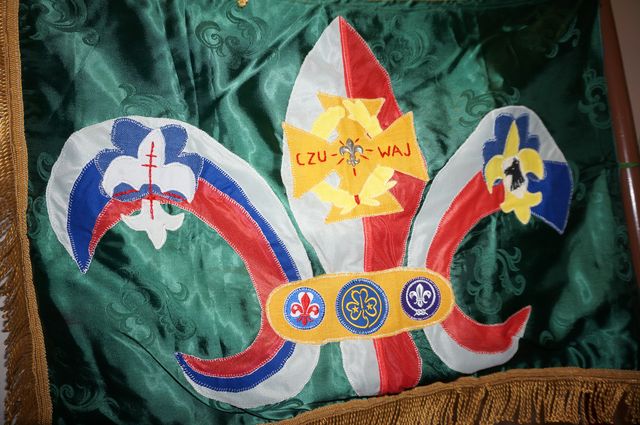 As the theme of the gathering had been “Scouting on mountains and in valleys” there had been a seminar at the town hall of Spisská Nová Ves. We heard something about the UNESCO World Heritage in Slovakia as also about the protection of nature and environment done by our NSGFs.

A gala dinner, where we had as guests the mayors of Spisská Nová Ves and Smizany, accompanied by Slovak folklore, closed this event, where we met new friends and could renew old friendship. Many thanks to the organizers, you had done a very good job.
Gut Pfad and Bud Pripraveny,