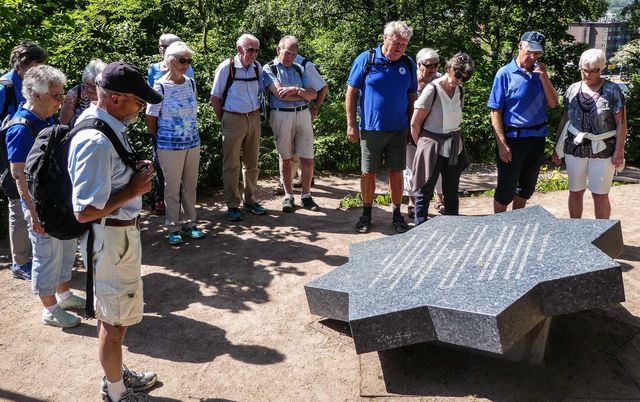 On 26 November 1942 the ship Donau sailed from Oslo, Norway, with 532 Jews on board. They were sent to Auschwitz. At the same time a rescue operation was begun. Around 1000 persons – including 500 Jews – were smuggled from Oslo across the border to safety in neutral Sweden. A market gardener, Rolf Syversen, organised the action, known as Carl Fredriksens Transport. In 2013 a memorial park was opened near to the site of the market garden.

On 26 November 2018 the Peace Light from Bethlehem was brought to the memorial park. Rolf Syversen’s son told the story of the rescue operation for 40 scouts, guides and fellowship members who had braved the cold. The annual Norwegian Peace Light message was read – written this year by a scout, a guide and a scouter – and the flame was shared with those who had lamps with them.

Sadness over the brutality of war, honour to those who risked their lives to save others – and a flame spread with hope for peace – for «a world without war, a world without prejudice, without racism and terrorism» as the guide wrote in the message.