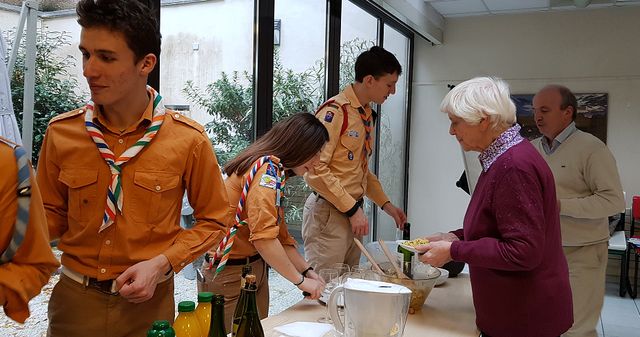 On Sunday, November 25, 2018, the section of the Paris region of FAAS (Federation of Friends and Alumni of French Scouting), the National Scout and Guide Fellowship (NSGF) in France, celebrated the Fellowship Day; with a few days late, of course, but what does it matter!

The President of FAAS, after welcoming the thirty people present, read the Message that the Chairman of ISGF World Committee, Mathius Lukwago, sent to all NSGFs to be read on 25 October, the Fellowship Day that is celebrated each year in memory of the creation of the Association in 1953.

After this reading, the President gave the floor to the President of the AAEE, Association of Alumni and Friends of the Eclaireuses/Eclaireurs France who was in charge of organizing the Day.

The theme of the day was "Tolerance, Respect and Dignity" to follow the article of the Bali Declaration which calls for celebrating the International Day of Tolerance from 16 November 2018.

The President of the AAEE gave the floor
• to Henri-Pierre Debord who dealt with the theme of Tolerance from the historical and philosophical points of view
• then to Martine Lévy who, in order to make the meeting more participative, had the participants read quotes from about 20 authors on Tolerance and then some of the articles of the Universal Declaration of Human Rights (70 this year) and the UNESCO Declaration of Principles on Tolerance (1995). Followed by more concrete presentations of what NGO partners of UNESCO are doing: International Day of Girl, International Day of Living Together in Peace, preparation of an event on Global Citizenship, Forum on another vision of the Migration.

These interventions were followed by a very interesting general debate which, in particular, underlined the, sometimes, harmful role of social networks in the field of Tolerance. 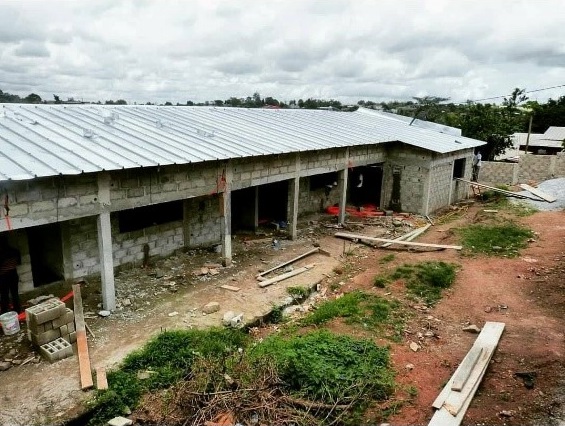 The meal was prepared and served by the Lapérouse group of Eclaireuses and Eclaireurs of France (open association of French Scouting) who came to present the project of 2018 which had been financially supported by the AAEE: continuation of the construction of the Center Kimou N'Guessan Faustin in Ivory Coast and creation of a henhouse.

The afternoon ended with the presentation of the activities of the different associations that compose the FAAS.