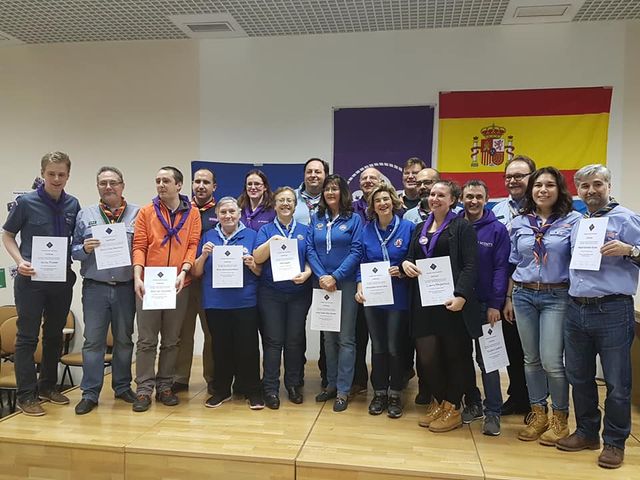 On Saturday 27 January 2018 members of the Spanish National Scout and Guide Fellowship – AISG España – were invited to the reception organized by the European Scout Foundation at the Fray Luis de León Cultural and Residential Complex in Guadarrama, Community of Madrid.

During the reception the European Scout Foundation recognized the contributions and efforts of AISG España to the support and development of the scouting non-only in Spain but also in Europe.