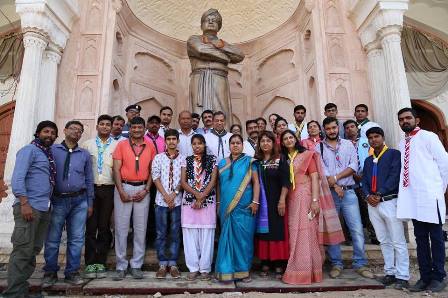 The National Council of the India Scout and Guide Fellowship was held on 15-16 April, 2017 in the Vivakananda Nagri, Khetri in the State of Rajasthan, India. The meeting was held under the chairmanship of National President Mr. Kalpesh S. Jhaveri. During the meeting a youth award ceremony took place, in which five youngsters of Bharat Scouts & Guides were felicitated.

It was amazing experience for all 37 members joined from all over India from 14 Fellowship Guilds, including the five youth awardees from Bharat Scouts & Guides from five different states. The celebrations were also attended by 100 citizens from Khetri town including the Mayor and other dignitaries.
Awarded were: