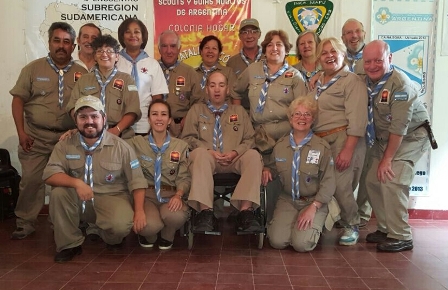 Between January 29 and February 1 of this year, the 4th CANASGAA was held in the town of Santa Catalina province of Córdoba, Argentina. With the assistance of 16 members of the different local Guilds of the country and the presence of the chairman of the Western Hemisphere Region Committee, Vanessa Hoogenbergen-Helmijr and her husband Billy.

In addition to sharing moments of encounter and reflection, the members participated in workshops with topics of interest such as: First Aid, with bandaging techniques and transfer of the injured and the technique, precautions and small practice of archery (an activity where you shoot an arrow from a bow). Also games were part of the program where you applied the learned with the use of messages to convert from a code or cipher to plaintext with different scouts codes like Morse. 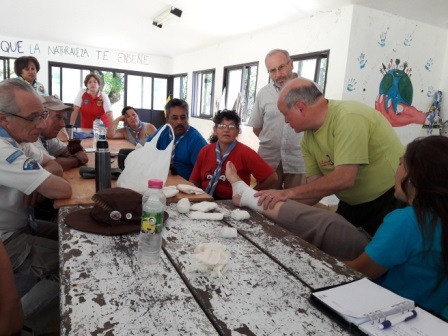 Work was done on the revision of the Association's Regulations, in order to receive suggestions and proceed with the final drafting of the same, for presentation and approval at the next assembly. There were four days of intense activity, carried out with great joy, not missing the songs, the wheels of jokes, drinking the “mate” = tea and the walk along the river. The Church of Santa Catalina, a World Heritage Site by UNESCO, was visited where a tour was made with a guide who explained the history of the place.

Also the Sunday mass was celebrated and the Renewal of Promise of the Father Jorge Sánchez, of Buenos Aires, was realized, being with the commitment of the formation of a Ruca Huenei (local Guild) in that province.
The evaluation was very positive and the participants are already beginning to think about the next camp, which will be in January 2019.