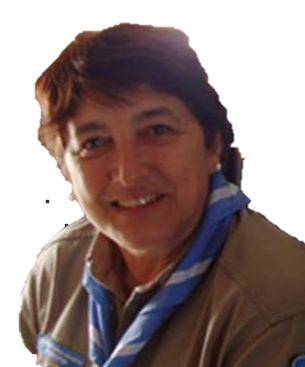 On 30th October 2016 a new chairman of the Scouts y Guias Adultos de Argentina (SGAA) was elected during the biennial meeting. Omar Coppa has been replaced by Nélida Leonor Gomèz. Omar, looks back.

He has many feelings that now arise and is especially grateful for having had the honor to lead this great and noble organization, which allowed him to experience encounters, brotherhood, friendship and many other things that enrich a person. He regrets what could not be done and thanks the members of the Board, who trusted to remain united.
He reminds the memories of having taken part in the South America Gathering, Caviahue, in 2015 as host country Argentina. It allowed him to fraternize with many other Fellowship members from Argentina but also from other countries, especially Mida Rodrigues, chairman ISGF World Committee; Verna Lopez, World Committee member in charge of the Western Hemisphere and Leny Doelman, Central Branch Coordinator.
He wishes the new Board all the luck and he will give his support to continue in this task of service which brings something to leave a portion of the world, a little better than we found it.

On the photo the 4 former chairmen with the affiliation certificate for associated NSGF which they received after World Conference 2014.
From left to right: Juan Manuel Dorna, Ricardo Alfredo Blengini (now International Secretary), Marta Avellaneda and Omar Coppa.

# Member ISGF World Committee — Verna Lopez 2016-11-20 13:32
Job well done Omar. Welcome to Nélida. Nélida you can count on our cooperation. All the best for the new board.
Reply
Refresh comments list
RSS feed for comments to this post
Add comment
JComments
FaLang translation system by Faboba