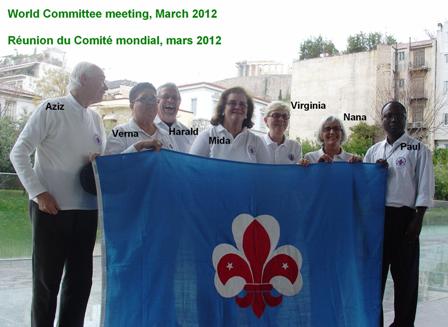 The City of Athens in Greece welcomed the members of the ISGF World Committee for its first regular meeting from March 10 to 12, 2012. The venue was hosted in the Head Office of the Greek Guiding Association.

The World Committee discussed different topics such as: Resolutions adopted by World Conference 2011, finances, regions and gatherings, WAGGGS centenary, relationship with WAGGGS and WOSM, new partnership with UNHCR, Central Branch, profiles of NSGFs, action plan, projects , impact of natural disasters in the world at Scouting and Guiding, communication such as Facebook and the website, 60th anniversary - ISGF Jubilee in 2013 and other important matters for the development of ISGF

All members were present, except Muftah Ajaj from Libya who could not get a visa for Greece.