A break in Dundee, Scotland, at the sub-regional gathering 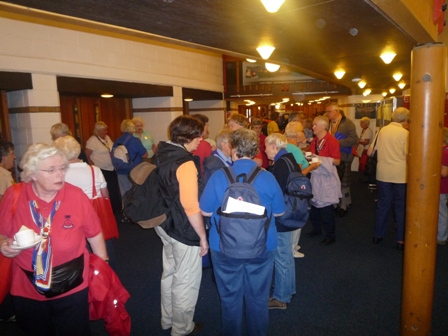 From 18-22 August, 2009 some 101 participants from the sub-region Western Europe such as Belgium, Ireland, Luxembourg, the Netherlands and United Kingdom but also from Germany, Liechtenstein, Norway, Sweden and Switzerland gathered in Dundee, Scotland for the 24th West European sub-region gathering.

For a few days, a small but enthusiastic group enjoyed being in

Scotland with the unpredictable weather. The highland cattle (an ancient breed of beef cattle with long horns and long wavy pelts) could not be missed.

Highland Fling was the theme named after a famous Scottish dance from 1700.

The programme was rather divers but relaxed. The participants learnt from each other discussing and clarifying their common goals and experiences and acknowledging the obstacles to success.

The group was invited for a civic reception at the city chambers where the Lord Provost of Dundee welcomed them in the beautiful setting. On other days you could participate in craft workshops, attend a photography session, listen to a lecture about “Scouts with Special Needs” or have a walk in the botanic gardens, visit the “Discovery” (the first vessel for scientific research in Antarctica), and of course, you could join in with Scottish country dancers. The performance in the evening of the traditional music such as bagpipe and 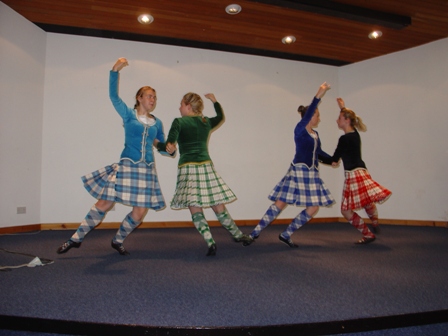 medieval Gaelic harps and country songs were highly appreciated. A bagpiper and a group of young Scottish Highland dancers highlighted the programme.

Of course a visit to a castle was included and Glamis castle was visited. This castle has close connections with the present Royal Family for being the childhood home of late Queen Elizabeth, the Queen Mother. Also the small town of St. Andrews could be explored where golf has been played since around 1400 AD. The Old Course is renowned throughout the world as the “Home of the Golf”.

The gathering was closed by a “Ceilidh” (informal Scottish traditional dancing).

Ireland will be the next host country to organize the 25th Western Europe sub-regional gathering in 2012.