The Western Europe sub-regional gathering was held from 8 – 12 October 2018 in Eastbourne, England.  We started our trip with some flying from Cork and some from Dublin including myself. Everything was in full swing when we arrived as it was a bit later than expected. I was greeted by my friend Jane whom I had met at my first ISGF trip to Slovakia. Throughout the first few days I was constantly surprised by friends I had made on that trip.

Our hotel was the Claremont looking directly out on the sea and the pier of Eastbourne. The staff couldn’t be nicer, they were lovely and helpful. The food was also in plentiful supply, so much so that some had to request smaller portions.
Overall the whole week was very well-structured time wise. We had our opening ceremony on Monday night with a very interesting talk about Eastbourne and the surrounding area.
On Tuesday we started with presentations and then had free time after 12 to explore. As we had gotten the itinerary before the trip I had booked a train trip to Hastings which was just down the coast.  In the end I didn’t get to see the ruins on the hill that I wanted to because of time constrains but I did get to see the old town which was beautiful. And I found an old Girl Guide pin in an antiques store which made my day. 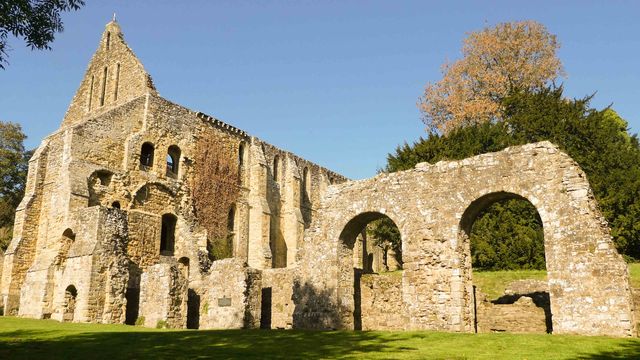 The official outing of the week was on Wednesday. I picked the Battle Abbey tour because again I wanted to see old buildings and battle grounds. We had great weather for most of the week which was perfect for tours like the Abbey as it was mainly outside.  As we all got an audio guide in the language of our choice for the trip around the abbey grounds and Hastings battle ground we could all do it at our own pace, also allowing time to explore Battle town, which was a lovely collection of little tearooms and shops.

Thursday was another morning of presentations. This time on the different organisations of the countries attending. It was fascinating to hear the different ways they conduct their Fellowships.

After this we had more free time which me and a few others decided to use to explore the Redoubt Fortress down the promenade. Even though most of the place was run by volunteers we had a brilliant tour and lunch beforehand in the café.  It was a building well worth seeing just from an architectural point of view, but the tour really made it come to life.

The Closing ceremony was held at the end of Thursday to allow people to travel whenever needed the next day. This included Morris dancers which really brought a great end to the whole gathering.

Good news. France has accepted to host the next Western European Gathering in 2021. Probably in the North of France.

We invite you to visit the photo gallery, see this link