For the first time, the Central European Subregion had invited to three meetings on 19 - 26 September 2021: the 10th Subregion Conference, the 6th gathering and the 8th Workshop of the European Region. The venue was the sailing centre of the Polish Scouts in Puck/Poland. This place was the home of more than 40 participants from 8 European countries for seven days. Unfortunately, there were also cancellations from two countries due to the corona pandemic.

The Presidium of the subregion had met for a planning meeting in Vienna at the beginning of August. All the tasks taken on were completed, so that in Puck the President Teresa Tarkowska-Dudek and the Executive Director Manne Bosse were able to work through the planned agenda for this week without any problems, especially as the participants were very committed. 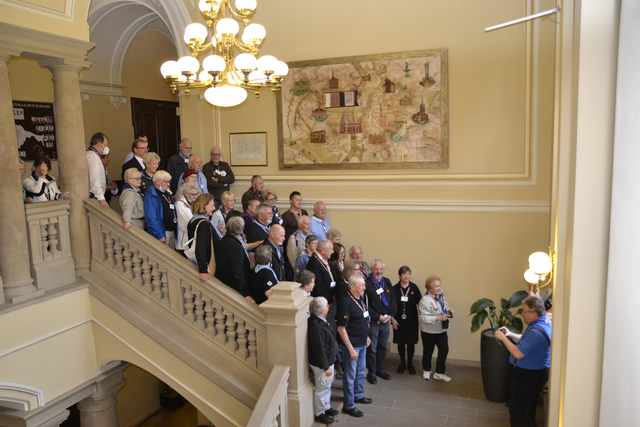 The agenda also dealt with “why I am a member of ISGF”. The whole thing was livened up by a bus trip around the meeting place Puck with a visit to a memorial from the time of the occupation of Poland, by a coffee break in a castle and a walk at the nearby lake. A special highlight was the trip to Gdansk with a reception at the city hall, where the group was welcomed by the president of the city council, Mrs Agnieszka Owczarczak, in the council hall. Also present was the member of the MEP, Mrs. Dr. Magdalena Adamowicz, widow of the murdered city president Pawel Abramowicz, who presented her ideas of tolerance and cohesion. A subsequent tour of the city centre and the return journey via Gdynia concluded this day.

On Saturday of this meeting, the 10th Central Europe conference took place. The President of the Polish Scouts, Dariusz Supel, was also present. He and Pierre Decoene, the Chairman of the European Committee, spoke words of greeting. The adaptation of the statutes to the current situation, the awarding of the 11th Central Europe conference in 2024 in Slovakia and of course the elections to the presidium proved to be important conference topics. The results were: Teresa Tarkowska-Dudek as President, Hans Slanec as vicepresident, Rainer Nalazek as successor to Manne Bosse in the function of Managing Director, Bernhard Müller as Treasurer and Liliana Sotelo will represent the subregion as Executive Committee. Liliana Sotelo will follow to represent the Sub Region as member of the Europe Committee up from 2023 after the 11th Conference of the Region Europe in Denmark. 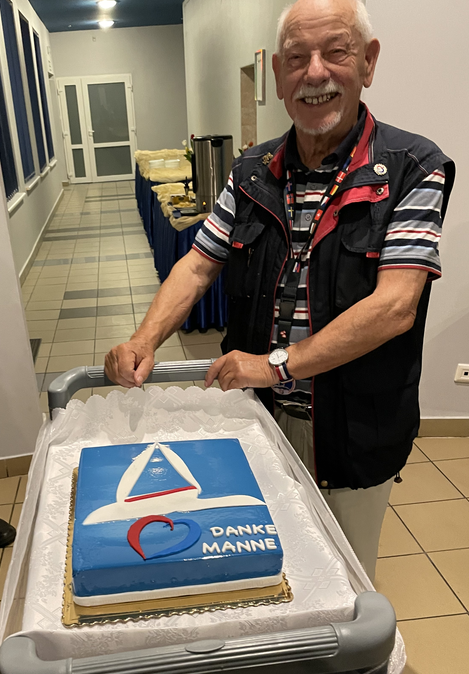 After 22 years on the Executive Board, the conference said goodbye to its President and long-time Executive Director Manne Bosse by electing him Honorary President. At the subsequent gala dinner, he was presented with a large cake with the logo of these meetings and the text "Thank you, Manne", which was then eaten by all participants.

Sufficient time between the individual topics of the workshop gave the opportunity for many conversations, for an exchange of ideas. There was also plenty of singing in the evening.