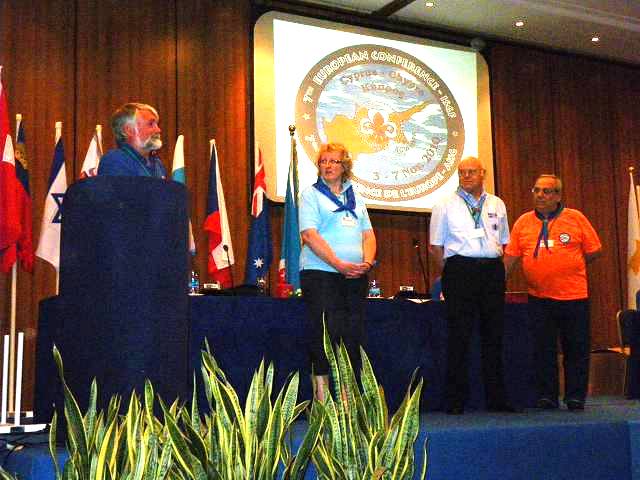 The new Board members are the following: (from left to right Olav, Kathleen, Hans, Photis)

On behalf of the outgoing committee the former Chairman, Jane Wardropper, wished the new team all the best and good luck for the coming term of office.
The new committee began to work immediately and planned the first meeting in February 2011, where the results of the working groups and their implementation are placed on the priority list.