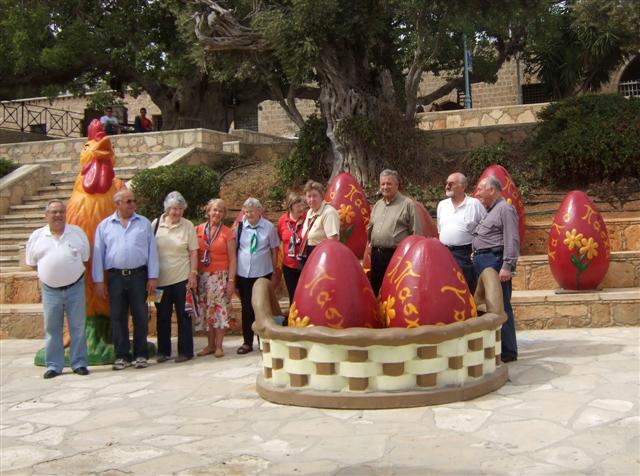 The host country for the workshop was Cyprus and the Guild members did an excellent job providing hospitality and friendship for all participants from the welcome at the airport until departure. There was an opportunity to enjoy the Cypriot countryside and history and tavernas while visiting some of the local landmarks.

The programme was such that people learnt about each other and many new friendships were forged. Two sub regions, Western and South, were represented and the diversity within them was recognised. The countries represented were Cyprus, Greece, Portugal, Belgium, Ireland and the United Kingdom.

Everyone present worked very hard and, as can be seen from the report of Liz Aveston pdf , much was achieved. pdf Workshop Report (60 KB)

During the workshop the European Challenge was officially launched.

Thanks go to all the participants, the host country and to the facilitator Liz Aveston for the success of this workshop.