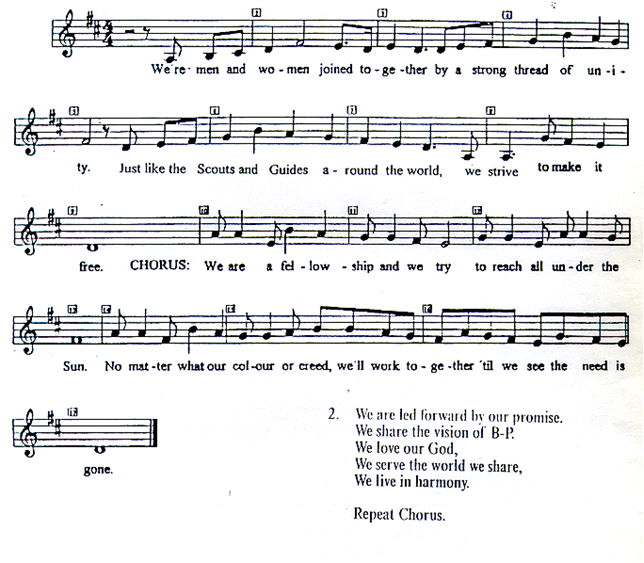 In 1996 during the 21st World Conference in Montegrotto, Italy, this song was adopted as the ISGF song. It was originally composed and written by Mrs. Sheena Prince from Australia who won the song contest. It is recommended that the ISGF song to be sung at opening ceremonies of ISGF events such as Gatherings and Conferences.

This mp3 version is sung by Scouts and adult Scouts of Sint-Jan Berchmansgroup from Ninove, Belgium.