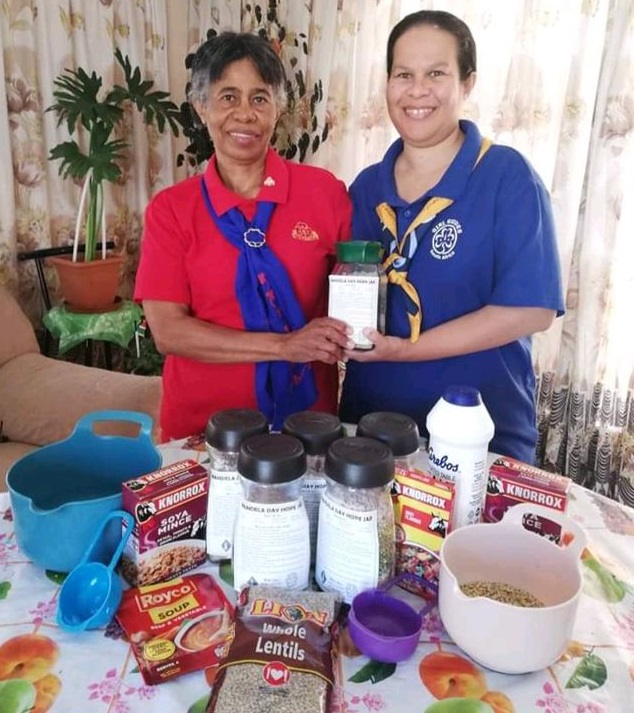 Jean Lewis, from Cape Town Trefoil Guild, South Africa, informed us about the good turn, they participated in, during this Corona pandemic. Some Trefoil Guilders in South Africa are member of ISGF via Central Branch.

Jean said that on July 21 it was already 117 days of lockdown. Wearing masks outside the house is mandatory. No tobacco products have been allowed to be sold since the lockdown, also alcohol was banned.

In June alcohol was unbanned but sold only from Monday to Thursday. But as this caused so much violence and problems, it was re-banned in early July.

Trefoil Guild contributed to Cape West’s Region a total of 1424 Hope jars, which were donated to many different charities in the Western Cape. The Hope jars project was a Girl Guide South Africa project, as this year they are celebrating 110 years of Girl Guides. So, each Region was asked to fill 110 jars. Cape West far surpassed that amount. 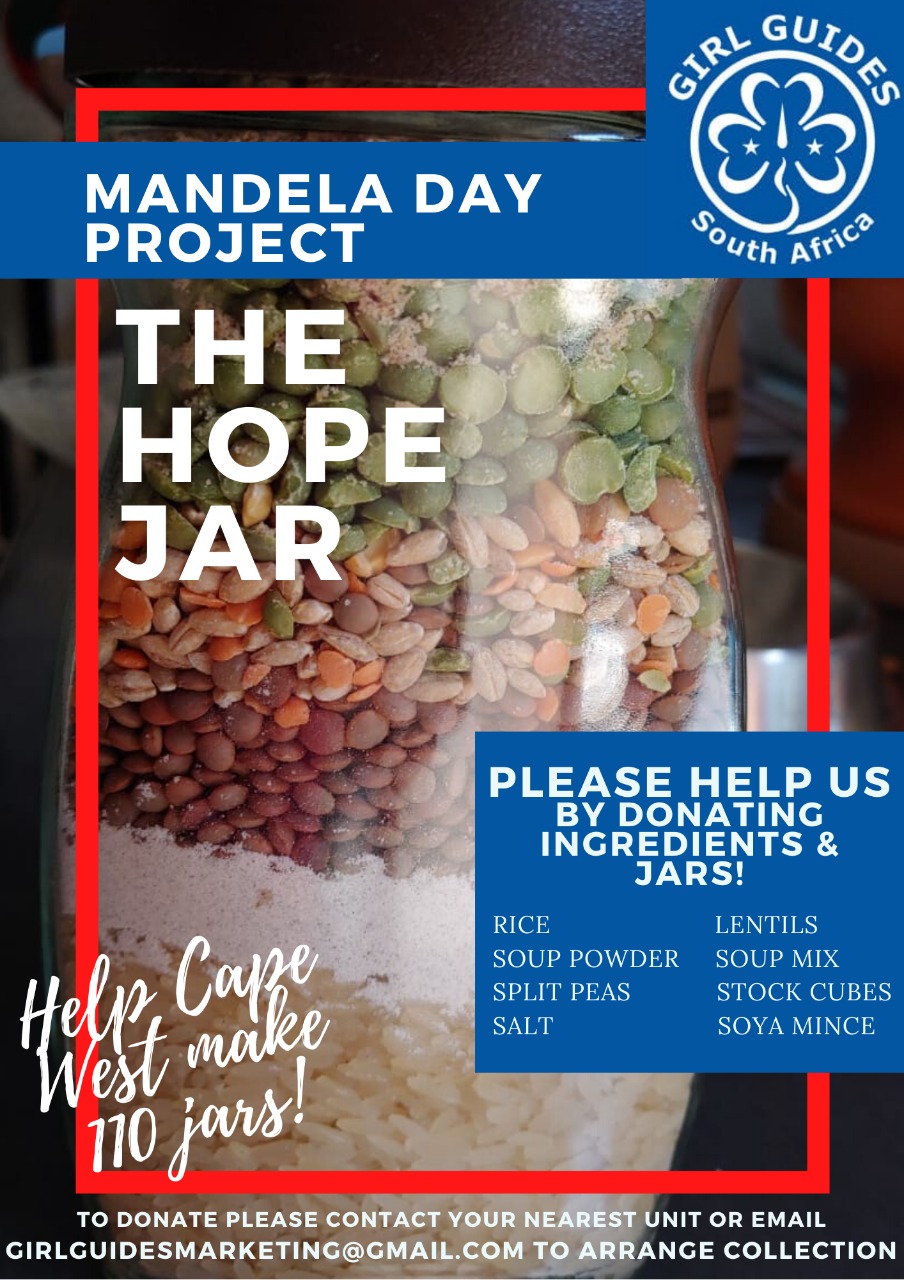 The contents of each jar was rice, lentils, soup mix (lentils), soup powder, soya mince, and a stock cube. To this the recipients were to add 2,5 litres of water. This then made a hearty meal for 4 people. There were more contents than jars, so these were also handed to various folk. Many people in the Western Cape had a hot meal, which I’m sure was well received.