Cheque presentation in Australia to Victoria Scout and Guide Associations 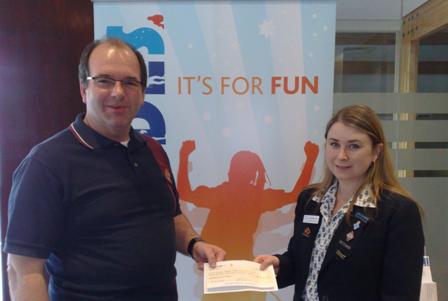 The state of Victoria in southern Australia has been hit last year with hundreds of bush fires during a record-breaking heat wave. Unfortunately, these fires have proved to be the deadliest in Australia. The cheque for a total of 10,000.00 AU$ was presented to the Victoria Scout and Guide Associations in Victoria in April this year.