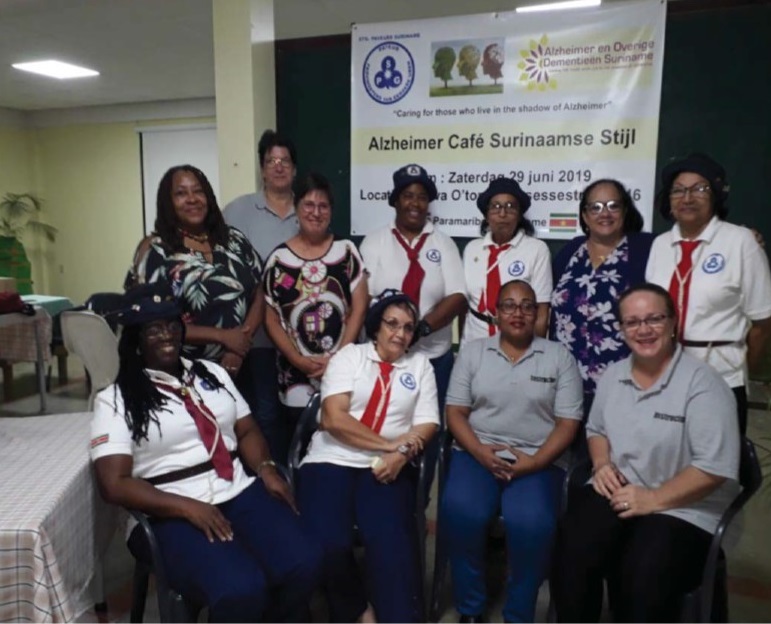 “Caring for those who live in the shadow of Alzheimer”. That was the slogan of a meeting in the Alzheimer Café, Paramaribo, Suriname. Together with the Alzheimer Foundation the Central Branch group PAVEURS from Suriname organized an event on June 29, 2019 for people with dementia, their partners, family members and friends.

The evening in the Alzheimer Café was centered around three themes namely:
1. Who is responsible for a person who has dementia?
2. Who is involved in the caregiving?
3. How to react to criticism regarding choices made by family?

The introductions were excellently done and understandable for everyone and the participation of the audience was very good. A special banner has been produced for this event.

Due to privacy regulations of the Alzheimer Foundation no photographs of the audience have been taken.

This project is part of the grant taken out of the ISGF International Development Fund for the Region Western Hemisphere.

On the photo some of the PAVEURS and staff of the Alzheimer Foundation.