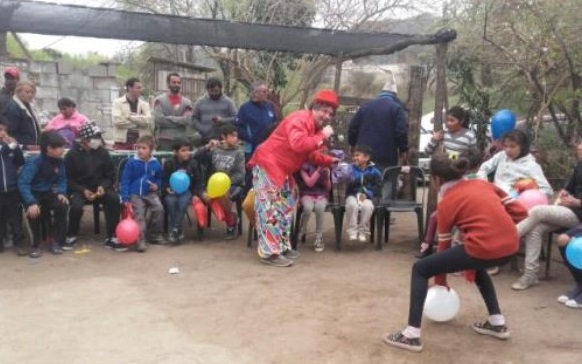 NSGF Scouts y Guías Adultos de Argentina (SGAA) has a permanent project carried out since 2012 in Cordoba, Argentina.
Through awareness campaigns on public roads and effective procedures for the establishment of social programmes they are working together in different areas of society (scout / guide groups, schools, parishes, neighborhood centers).

They print posters, buy children books and toys which are delivered to libraries, schools, scout/guide groups and to institutional organization related to the subject. SGAA spreads the brochures on the streets of Cordoba. They also provide non-perishable clothes and food. They play games with the children and bring entertainment.
SGAA publicize the project through television interviews conducted by journalists from a television channel. They share information on their virtual newsletter on social networks, churches and on their website as well.
Workshops and talks with experts will be scheduled in the future when they start a new phase of the Project. The project has a rapid expansion to other cities and provinces. Several Scout groups are supporting the project now.

From the money they received from the ISGF International Development Fund they were able to buy children books, toys, and printed posters.