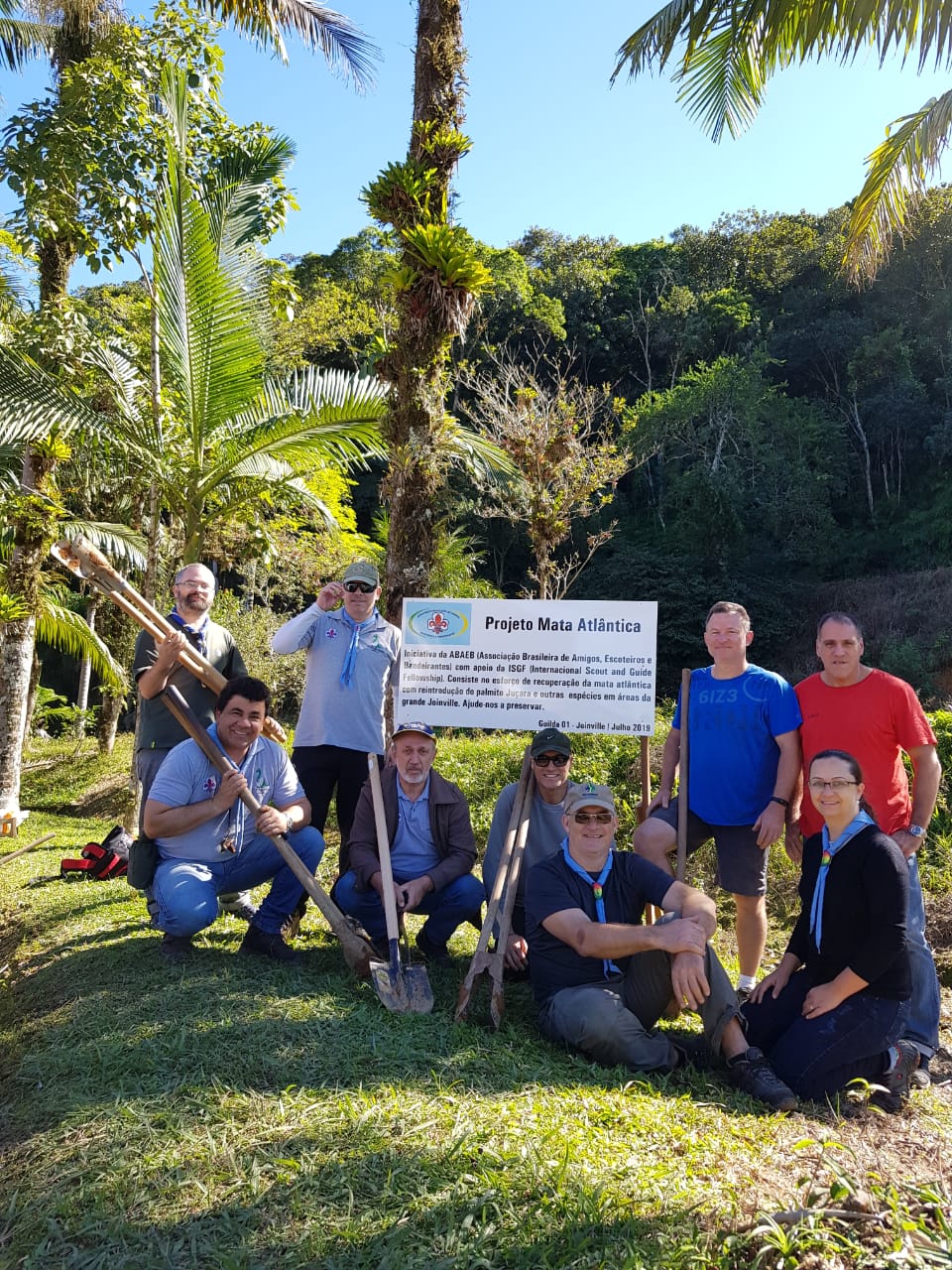 ISGF launched a grant out of the International Development Fund for projects in the regions.  Some members of Guild 1, Joinville (Santa Catarina) of the Central Branch group “Asociacao Brasileira de Amigos, Escoteros e Bandeirantes” (ABAEB) started to work on a project.

It is predicted that with the persistence of current deforestation rates the Atlantic Forest will see continued extinction of species. Many groups and organizations are working towards the restoration of this unique ecosystem. Non-governmental organizations (NGO) are huge benefactors in Brazil, providing funding as well as professional help to the Atlantic Forest due to the Brazilian Environmental Movement.

Seeds of the Jussara Palm (Euterpe Edulis) plant have been transported and dispersed by paragliders who were carrying special bags to carry the seeds during the flight. These native species were re-introduced in Serra do Mar. The seeds were donated by the producers of the açai pulp.

Also, a group of members of the Joinville Guild went to Monte Crista carrying the seeds in their backpacks and in total 60 kilos of Jussara palm seeds were dispersed. In addition to seed dispersal, in joint efforts, more than 280 seedlings of native trees were planted. The trees were planted according to the instructions and the soil fertilized. They produced a billboard to show the public what they did.

The total costs for this project was US$ 328,25 which has been funded out of the ISGF International Development Fund.