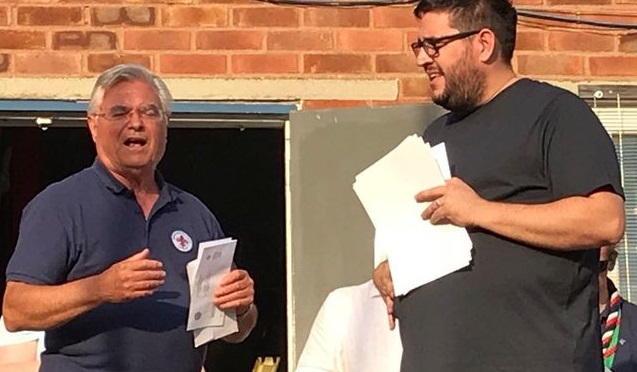 The Malvern branch of the Baden-Powell Guild of Great Britain has been supporting the fundraising efforts of the seven local Scouts who have been chosen to attend the World Scout Jamboree in the USA in August this year. They are part of the Hereford & Worcester Scout County contingent, Unit 81.

The branch has donated just over £1200 to the units fundraising, most of which has gone directly to the seven local Scouts.  The final donation of £240 is to go into the Unit fund for any of the scouts who have not reached their personal fundraising target. 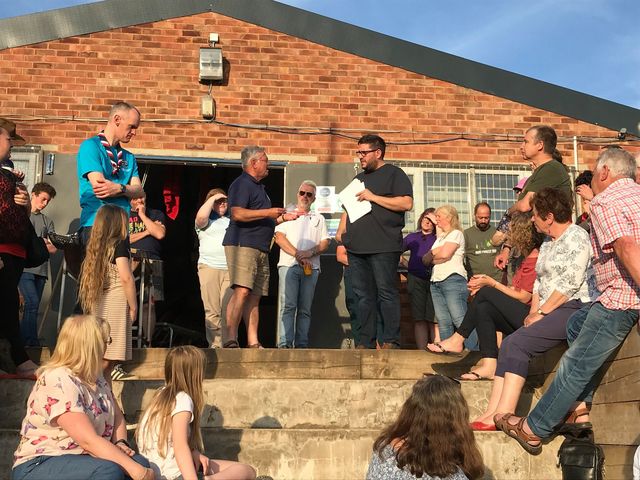 The branch chairman, Allan Page, presented the cheque to the Hereford and Worcester Scout County Commissioner Robert Sidney at the final Jamboree briefing. At this briefing, thanks were given to the many people who had helped the unit during the last two years. Among those awarded a “Thanks Certificate” was the Malvern branch of the Baden-Powell Guild.