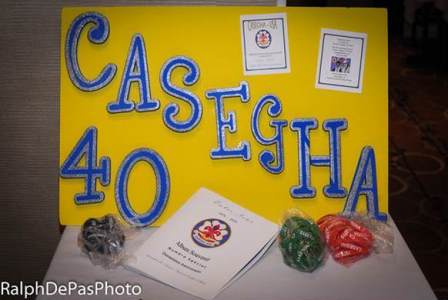 One month ago, in February of 2015, CASEGHA-USA also known as “L'Association des Scouts et Guides d'Haiti” in the USA, celebrated its 40th anniversary. The festivities which spread over a two day period started with a special mass on February the 21st officiated by Auxiliary Bishop, His Excellency Guy Sansaricq, who had been present at the original meeting of the founding members on February 21st, 1975 and by Reverend Father Hilaire Bélizaire, himself a former Boy Scout in Haiti. 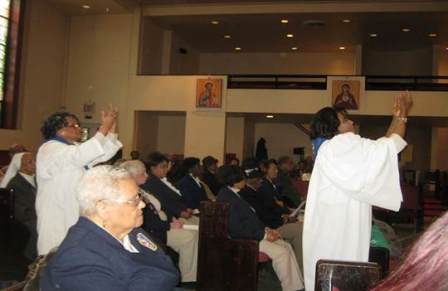 The mass was held in the Church of Sacred Heart of the Parish of Cambria Heights, in Queens, site of the inaugural meeting forty years before. Even though that Saturday morning was one of the coldest of this winter season, the church was filled with members, friends and other invited guests who had travelled from near and far to take part in this reunion. CASEGHA members had flown in from Miami, from Chicago and from Boston. Representatives from Haiti's National Scout Movement and from ADSEGHA (Association des Anciens Scouts et Guides d’Haïti) had come from Haiti in a show of support and solidarity.
CASEGHA's choir ci-devant : la Chorale des Gens Heureux surpassed itself during the mass. Under the direction of Lyssa Dallemand, the members who had rehearsed for many months with our musicians Reginald Laurent and Lesly Eyma gave beautiful renditions of the religious songs of their repertoire. We had a guest conductor: Mr Antoine Chéry, a member of the Association. Several members accompanied Lysie Fortunat in a prayerful dance around the altar during offertory and Marie-Lourdes Charles delivered a speech which highlighted the early years of the Association.
Five members made their Scout Promise on this special occasion.
Following the mass, CASEGHA hosted a small reception at its headquarters and a large group had gathered there to enjoy delicious Haitian delicacies which were accompanied by a warm and spicy ginger tea guaranteed to chase away the winter chills. 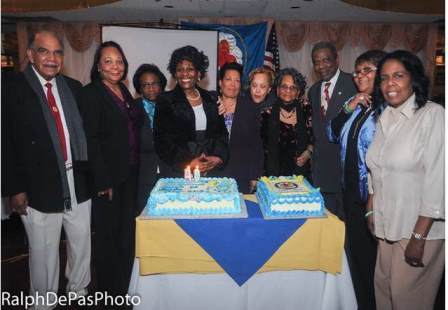 The festivities concluded the next day, Sunday February the 22nd, 2015 with a magnificent brunch hosted by the “Comité Directeur” at the posh Marbella restaurant. Our mistress of ceremony, Colette Baron, entertained the large audience who had once again braved the icy winds to be present at the party. CASEGHA's president Jean Gateau in his welcoming speech alluded to the Association's accomplishments over the last four decades and certificates of Honor and Merit were delivered to several people in recognition of their service to CASEGHA. The highlight of the afternoon was the presentation by Monique Blanchard, co-founder of CASEGHA who together with late Emmanuel Lafond, had had the brilliant idea to regroup the former Scouts and Guides of Haiti who had moved to the USA, especially to New-York, in the early 1960's, fleeing the brutal political repression back home.
A special slideshow about CASEGHA's participation at the past ISGF World Conferences was presented. We had just attended the latest meeting in October of 2014 in Sydney, Australia. CASEGHA has not missed a single international gathering since it joined ISGF back in 1979. 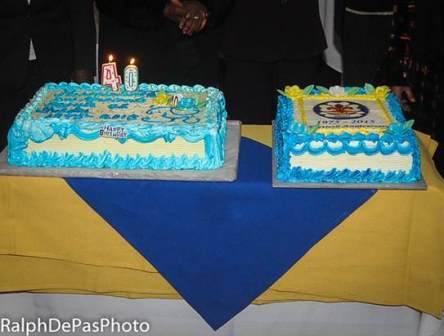 There would be no party without music, so, we danced for several hours until it was time to cut the anniversary cake and go home.
Happy 40th birthday, CASEGHA and many more.

# Chairman ISGF World Committee — Mida Rodrigues 2015-04-04 18:16
Once again congratulations for such a rich program while commemorating your 40th anniversary. ISGF wishes CASEGHA many more 40 years of Adult Scout and Guide projects and Service. Wishing that 2015/17 will be a period of world partnership for the development of the PROJECT HAITI.
Reply
Refresh comments list
RSS feed for comments to this post
Add comment
JComments
FaLang translation system by Faboba