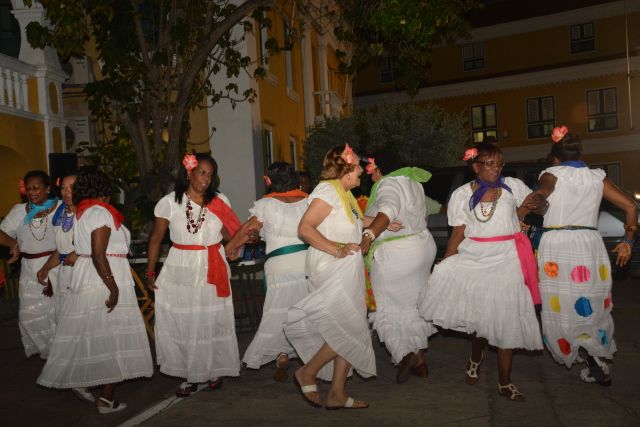 The Central Branch group of almost 100 members known by the name CASEGHA-USA (former Scouts and Guides from Haiti) had a rich program to celebrate the ISGF 60th anniversary on October 19, 2013.

The choir group “La Chorale des Gens Heureux” sang some songs about friendship; the International Secretary read the anniversary message from the Chairman of ISGF World Committee; a presentation of the countries flags represented in the 2nd Gathering in Curaçao, the dancing group of the delegation who had been to the 2nd Caribbean Gathering in Curacao performed what they presented in the Gathering; a sketch on Haiti's folklore; a PowerPoint presentation of the pictures from their stay in Curaçao and an exchange of the pictures. Finally, a big reception with some kinds of Curaçao's recipes accompanied by some Curaçao and Chile liqueurs.

It was fun! Not to forget the beautiful designed and delicious birthday cake.
On the 25th of October, some of them gathered at CASEGHA and they got the chance to communicate with Verna Lopez (World Committee member and liaison for the Western Hemisphere).