Support to Scouting in Ecuador 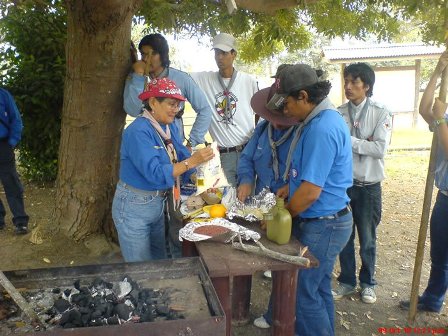 The new Central Branch group in Ecuador, consisting of 13 Gilwell group members, was asked to organize a Preliminary Wood Badge training under the Gilwell methodology.

(A Wood badge is a Scouting leadership program and the related award for adult leaders in the programs of Scout associations around the world.)

Since 1992 there is not yet an official recognition in Central and South America of this Wood Badge training. Some regions have put in practice instead a new Training method called MacPro.

The Central Branch group decided to help the Young Scout Leaders in order to improve Scouting knowledge to give the scouts in Ecuador a better programme.

The training was held from 8 to 10 October 2010 and the Central Branch group decided to have an early celebration of Fellowship Day because they saw a great opportunity to bring quality to the friendships that were established with the Young Scout leaders. The EcologicalPark in the city of Santa Elena near the PacificBeach was an unforgettable place where the Gilwell method was explained. 46 young leaders, males and females assisted from the cities of Quito, Guayaquil, Ambato and Santa Elena. 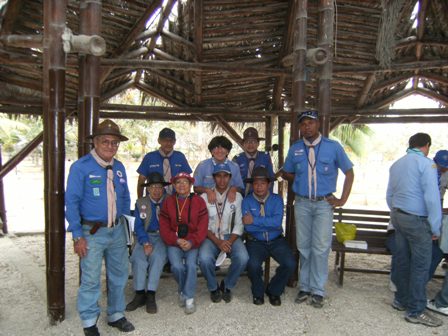 All the instructors have the Wood Badge with two, three and four beads and all trainees were satisfied and happy with this opportunity because they have taken their time and interacted with each other even due to the fact that there was quite a generation gap.

The photos show the tremendous friendship and joy during this activity.