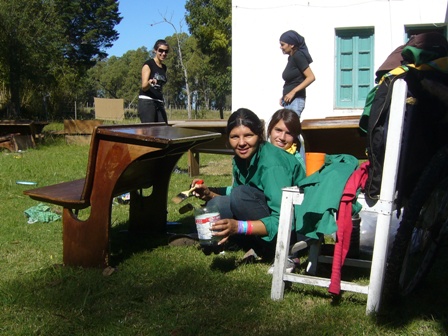 The local Central Branch guild Ñacurutú nr.1 of the Fraternidad de Antiguos Scouts y Guias del Uruguay (FASGU), in Uruguay started on May 1, 2009 their first community project at a farm school, located in a rural area northeast of Montevideo in the village of Aramendia.

They got assistance from the local Rovers and Pioneer Scouts of different associations and this brought the different groups nearer to each other.

A greenhouse was built so that the students were able to learn about farming and raising their crop. Also seeds were handed over to cultivate various vegetables. For the preschool children the guild members refitted and produced school furniture.

They also were engaged in plumbing, repaired toilet tanks and replacing water faucets. The fence around the school was repaired in order to prevent animals to have access to this area. A community antenna of 5 meters was erected in order to receive signals for communication and media. 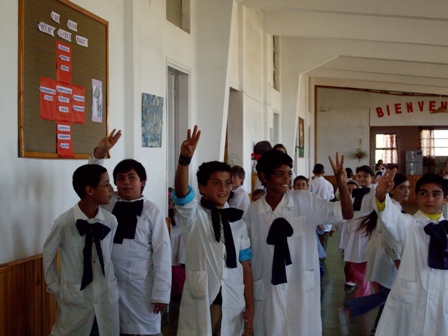 On May 22, 2009 another visit was brought to a rural school nearby to deliver a donation of books for the children and seeds for the farm school.

They completed their goal by explaining the children who they are and telling about the Scout Movement and also by performing songs and games. When the Guild members left the school the children dismissed them with the Scout salute as they told them the meaning of such a salute! So the message has been understood and mission accomplished.