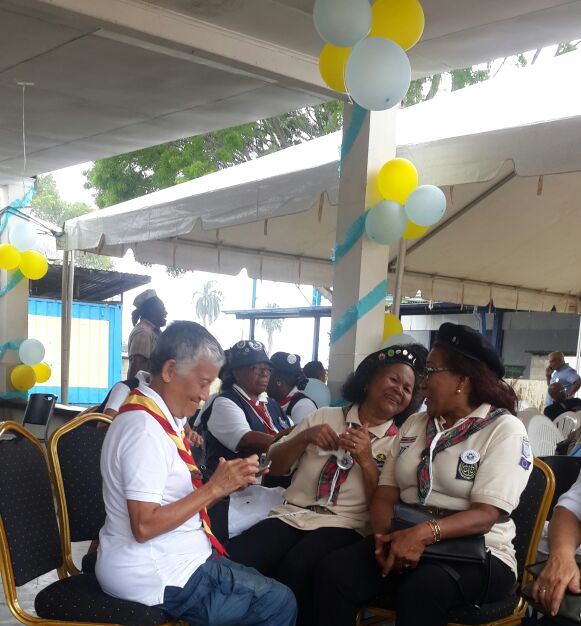 The Central Branch group PAVEURS from Suriname joined in the celebration of the 70 years anniversary of the Suriname Girl Guides.

The celebration took place on 7 May 2017 with a special meeting where all scouting groups of Suriname were represented.

There was a performance of the marching band of former pioneers of the Suriname Girl Guides and the Police Band played the “Promise song”, of 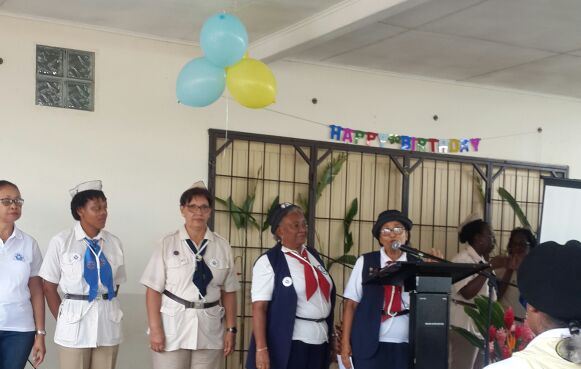 which the music is a well-known birthday song as well as a church hymn in Suriname.

Photo left: PAVEURS together with some members of the Dutch Suriname Guild (OPUS) enjoyed this day.